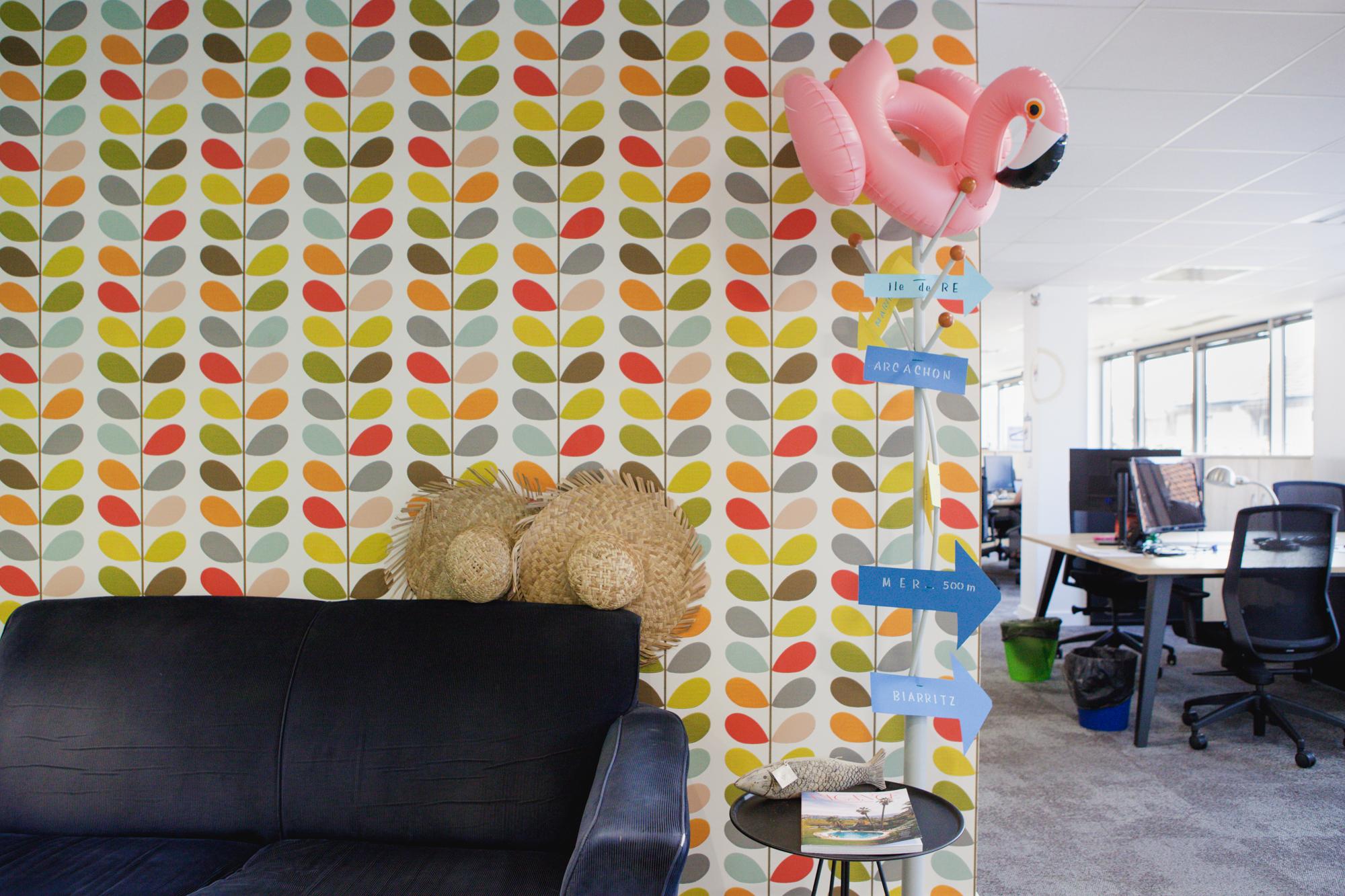 CSR (Corporate Social Responsibility) infers giving meaning to the company's long-term action, its contribution to society and, ultimately, its raison d'être. It must lie at the heart of the corporate strategy by challenging, enhancing, supporting and safeguarding it in order to sustainably create value. VISEO has initiated a CSR approach within the group, by questioning our contribution to society through each of the three facets of CSR.

To learn more about our approach, we invite you to read.

Since 2005, AIRES (Association pour une Intégration Réussie dans l'Entreprise et dans la Société - Association for successful integration in businesses and in society) has been working to promote the sustainable integration of people with disabilities into the business world. AIRES allows young people to integrate "normal" companies by facilitating administrative procedures, writing their CVs, and ensuring "communication follow-up" within the company.

To date, the AIRES association has allowed nearly 50 young people with disabilities to find a suitable company and start a professional career. Everyone can help the association at their own level: "As an employee, you are perfectly entitled to contact your HRD and ask to follow the training for welcoming persons in vulnerable situations," explains Jacques De Possesse, Chairman of the association. "This training helps to find the right words and adopt the right forms of behavior when integrating people in this situation. As a private individual, obviously it's good to spread the word about this association, because very often the families of these young people suffer from a certain code of silence and are not always able to find the right information on their own."

This diversity within companies is the best way to definitively change attitudes towards disability, and VISEO is proud to be a part of this effort. 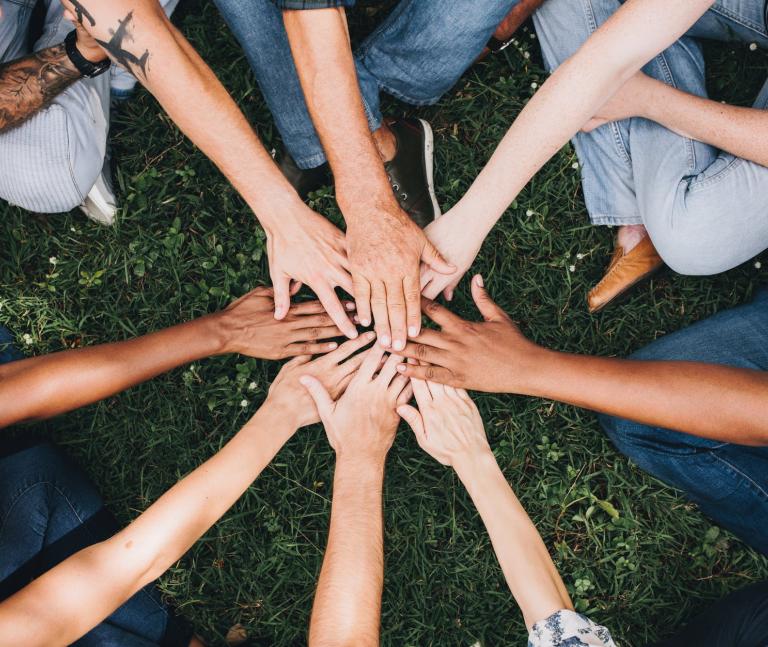 For our Morlaix Service Centre in Brittany, we aim to create 50 new permanent contracts to take the total number of employees within our establishment to over 100. For this purpose, we benefit from support for our job creation process from the Brittany region and from the Morlaix Employment Agency ("Pôle Emploi") on two specific programs.

With the Brittany Region as part of the local implementation of a European scheme to help recruit disadvantaged workers.

With the Morlaix Employment Agency for encouraging the return to work of long-term unemployed people through the "Operational Employment Preparation" (OPE - Préparation Opérationnelle à l’Emploi) scheme. In the first quarter of 2017, through this initiative, we signed 11 permanent contracts, enabling job seekers to find employment in their region after completing a 6-week qualifying training course on our premises. In 2018 we reiterated this initiative for 12 job seekers. 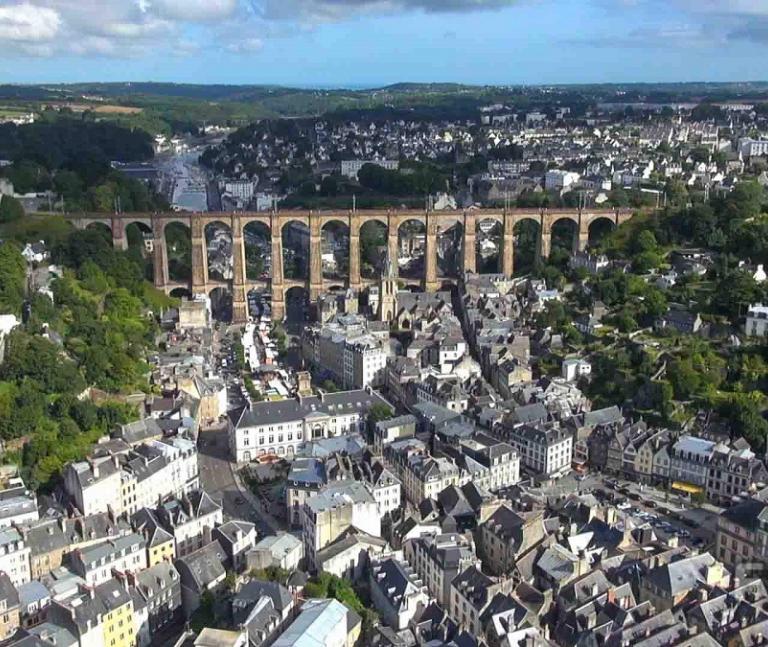 VISEO in the fight against greenhouse gases

If the fight against greenhouse gases (GHGs) has been stepped up in recent years, it's because these gases are one of the main reasons behind global warming. As their name implies, they contribute to the greenhouse effect by absorbing the infrared radiation emitted by the Earth's surface. By reducing their concentration in the atmosphere, we help to counter the global rise in temperatures!

According to the ADEME French Environment and Energy Management Agency, 1,172 greenhouse gas emission reports have already been published, corresponding to a total of 2,147 validated emission factors. It's a start, but there's still a long way to go!

What will the BEGES lead to? 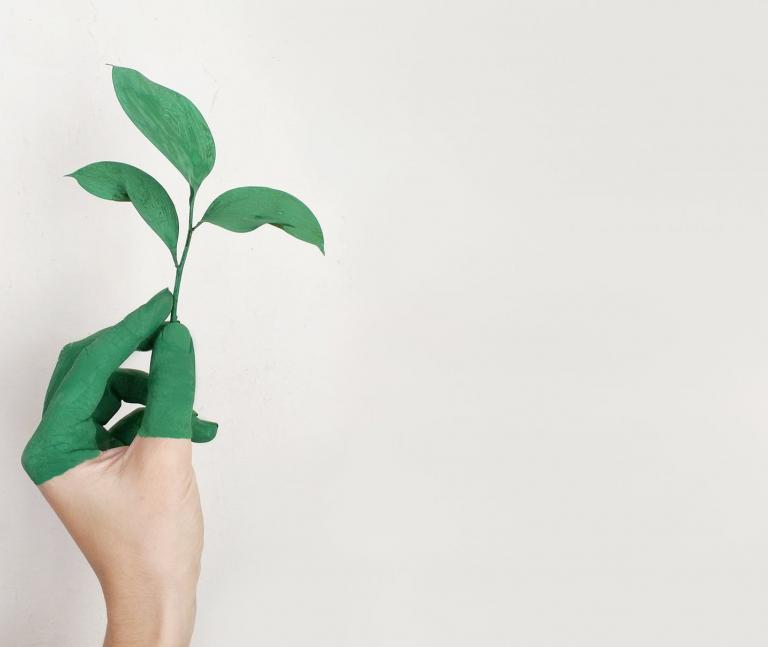 VISEO supports UNICEF by participating in the U-cup

What is the U-Cup?

The U-Cup is a 7-a-side football tournament open to as many people as possible, combining humanitarian action, competition and plenty of fun.

You form a team, make a donation to UNICEF and you're all set for a frenzied football tournament that lasts the whole day in a bid to win the ultimate title.

The difference with a classic football tournament is that here, the aim is also to do a good collective deed and have a great family day out with lots of entertainment for everyone.

UNICEF has partnered the U-Cup for seven years now, helping to raise tens of thousands of euros for projects around the world to help children in need.

Learn more about U-cup (in French). 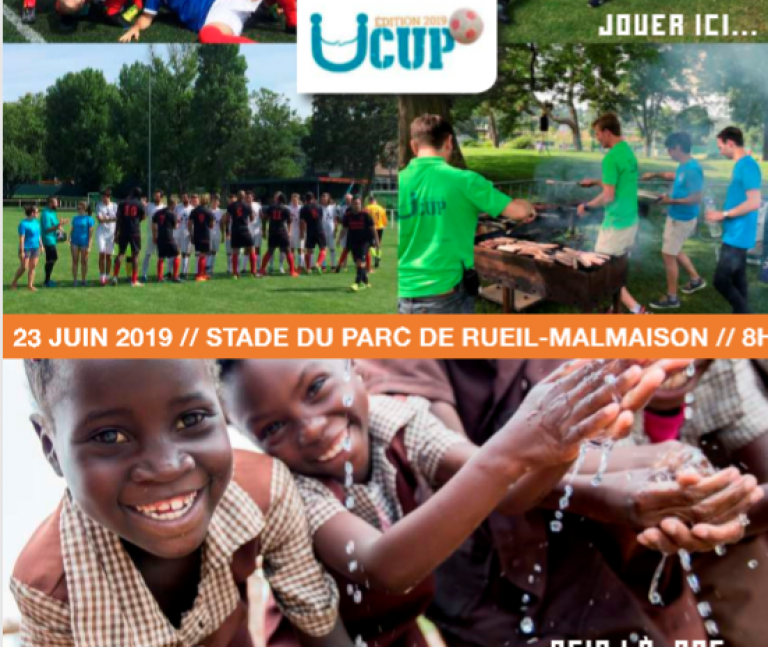 In order to establish its CSR policy in an increasingly responsible manner, VISEO has decided to apply the optional government measure via the introduction of a bicycle mileage allowance for employees who cycle between their home and their workplace.

VISEO seeks to bring its CSR (Corporate and Social Responsibility) policy to the fore and has chosen to focus on this scheme to promote alternative modes of transport.

"As a mid-sized company, we have a number of environmental and social responsibilities. Accordingly, our head office is NF-HQE certified, which implies an optimization of energy resources and a recycling policy for our waste, especially electronic waste. Paperless meal vouchers and payslips also mean we make significant paper savings," explains Marie-Clotilde Mangé, VISEO's Director of Human Resources and CSR.

The introduction of the mileage compensation scheme is not just another tool intended to reflect the reforms introduced in the wake of the Grenelle de l'Environnement, it also allows employees to take responsibility for themselves and rethink their mobility in line with environmental issues. 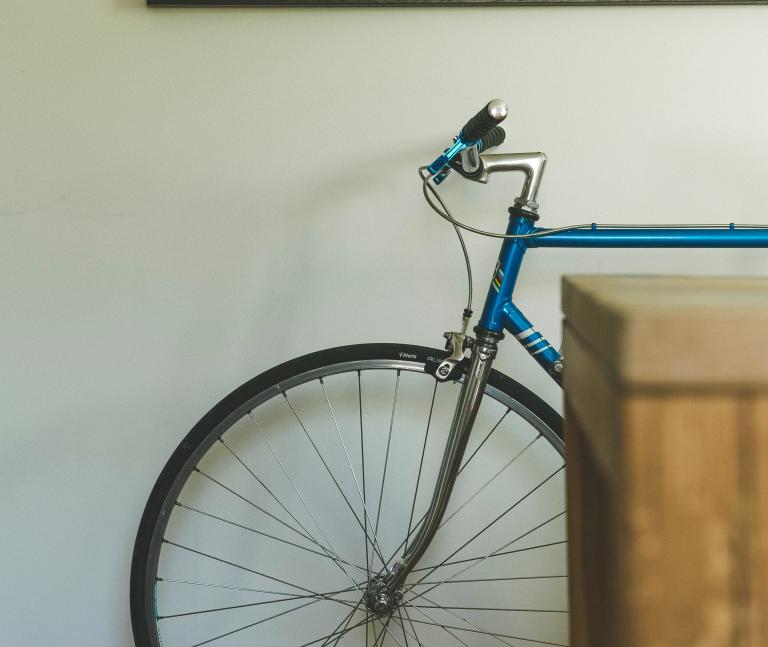 Today, the ecological imperative is no longer merely a matter of urgency, it is quite simply a necessity. To move on from "what have we done?" to "what can we do?", we have thought about how our company and our employees can help to reduce their ecological footprint.

The idea for Permascore came from once we realized that large digital projects are energy-intensive and often infer a hefty ecological footprint. To encourage employees and clients to adopt a project management approach and technical solutions that are more responsible, we have devised an ecological evaluation module for digital projects.

We have designed a gamified, eco-friendly voice assistant that allows employees to adopt simple eco-actions. Available on Google Home and Google Assistant, the agent suggests a series of challenges to the employee, depending on their profile, in order to change their habits and make them "greener". 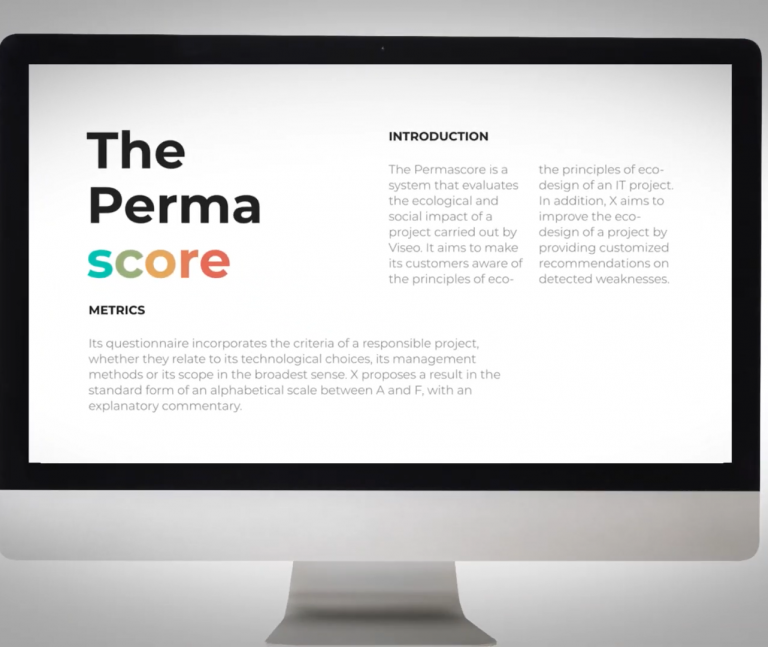 A Responsible Purchasing Charter for our suppliers

We encourage our suppliers to adopt best practices through the implementation of a Responsible Purchasing Charter and by incorporating CSR criteria into our requests for proposals. Internally, the employees tasked with these matters are made aware of the need to purchase goods and services that are more virtuous. 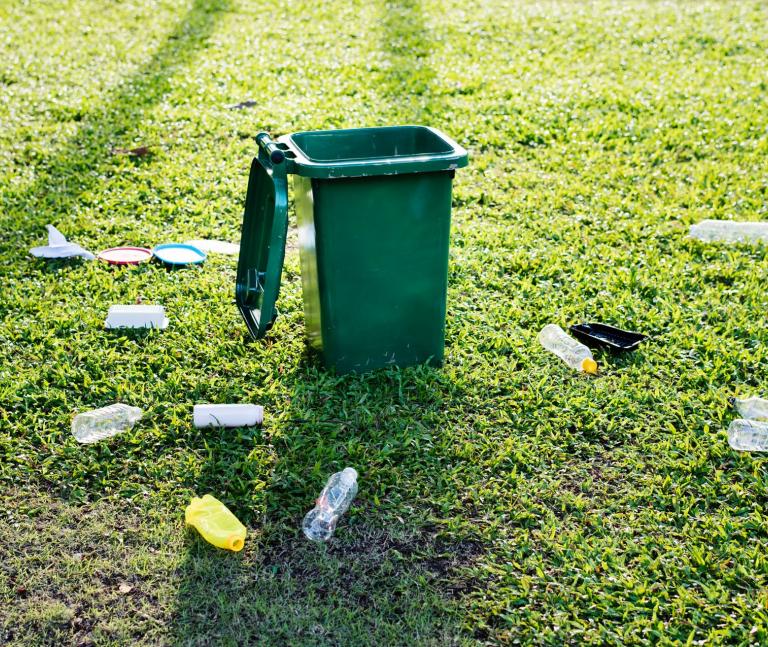 VISEO index on professional equality between women and men

As of 1 September 2019, companies with more than 250 employees are required to publish an index on professional equality between women and men.

This index is based on five indicators measured according to a scale of points defined by decree :

- Pay gap between women and men,

- Difference in the rate of individual increases between women and men,

- Difference in promotion rates between women and men,

- Proportion of employees returning from maternity leave who received an increase on their return when increases occurred during their leave,

- Number of women among the ten highest paid employees. 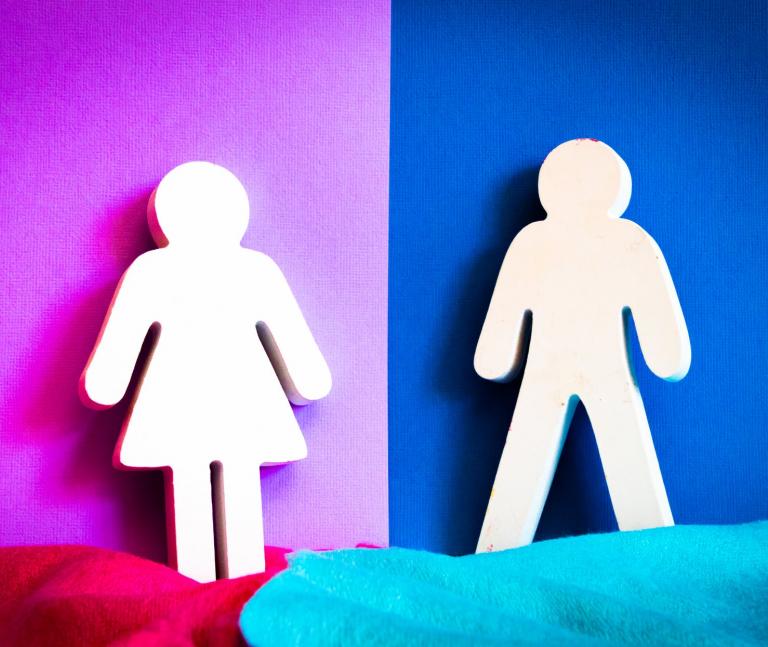 VISEO publishes its first extra-financial performance statement detailing the main CSR risks related to its activity and structured around 4 themes: social-societal, environment, anti-corruption and human rights. This statement has been designed as a real strategic steering tool for the VISEO group, concise, accessible and focused on significant information of interest to its stakeholders.

In France, this extra-financial performance declaration is part of a context marked by new key texts such as the Sapin II law, the law on the duty of vigilance and the reform of the management report. At the European level, it allows for the harmonisation of practices between the different countries.

The new framework clearly affirms an approach based on "materiality" and the search for greater relevance and usefulness for companies and their stakeholders.

Discover our complete declaration (in French) 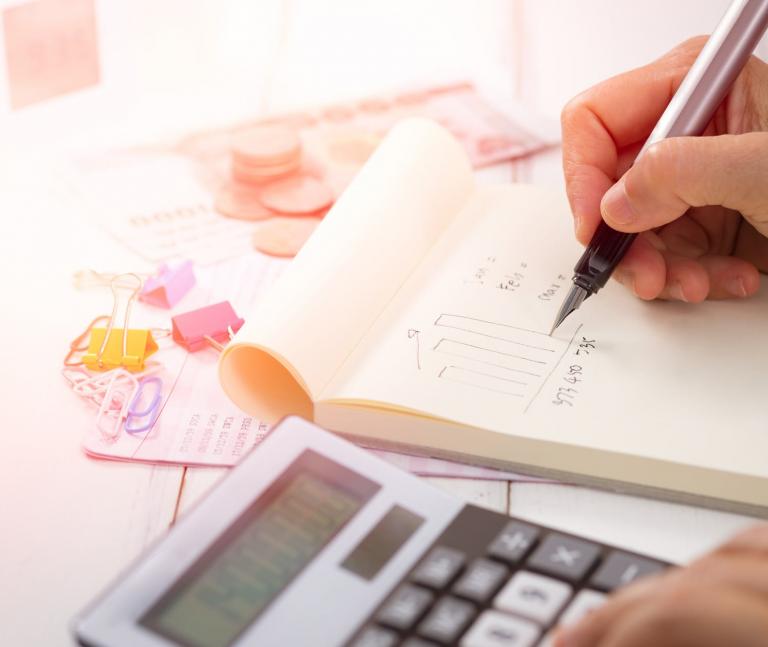 On the initiative of several employees of the VISEO agency in Grenoble, including Laurence Quiron-Blondin from the Human Resources Department, who support the ScientiMix association, secondary school students from the region have had the opportunity to do their 3rd year internship in the association's partner companies, including VISEO.

ScientiMix aims to encourage students to move into scientific and technical fields, especially girls and young people from disadvantaged backgrounds. 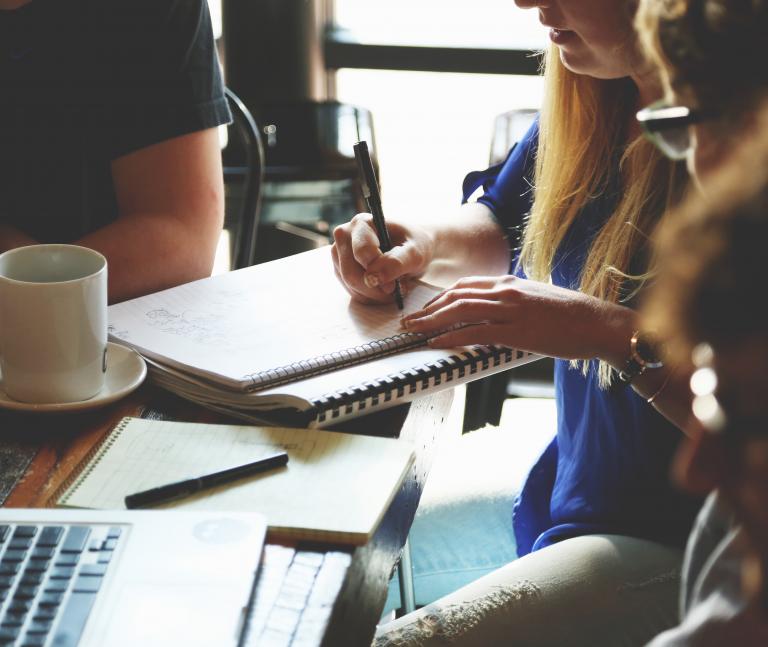